Clickable Agency is a new member of Kharkiv IT Cluster. A common thing for this agency is the creation of branding, identity, promotional materials and web development. However, after February 24, something did change. The team told how they have been living during the war, what projects they’ve started and how they’ve helped others. Further – from the first words of the creatives.

War is no place for improvisation

A creative agency is expected to respond with lightning speed, which in turn includes not only the ability to adapt to a rapidly changing landscape in life, but also the ability to reflect on what is happening around. We have always been considered as titans of ingenuity, speed of thought and the ability to improvise. These qualities had brought together our team, which worked hard to create interesting projects, putting their whole soul into each of them. So it was “before”. 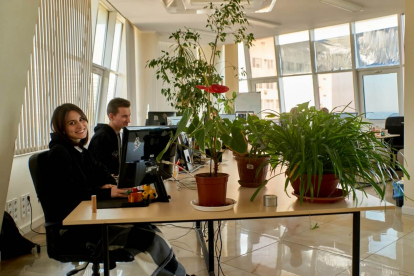 But on February 24, we were faced with the fact that it is impossible to implement the usual approaches into our new life. Our world shuddered at the news that a full-scale war against Ukraine is real not only according to foreign intelligence. She appeared outside the window of each of us.
The first two weeks of the war became a barrier, a difficult emotional barrier, which we nevertheless managed to overcome. We firmly decided to continue working, keeping jobs and 100% payment of salaries. Was this decision easy? No. But we did not consider other options: it was important to keep the team – a talented creative team with which we went through a lot and, we are sure, we will go through more!

Our desire to be helpful on every possible front has greatly expanded the scope of our work. From the first days, the team was engaged in the stabilization of processes, taking into account the current situation. Many of our employees remained in Ukraine and continue to work in wartime conditions. But there were also those who were forced to move abroad. 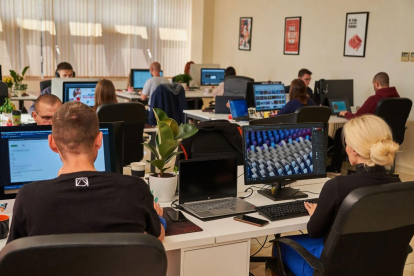 Despite the distance and aggravating circumstances, the team strongly rallied in the desire to be useful to their country.

War tends to reveal real faces, remove masks and level insincerity. In our case, we made sure that the team is united by the best human qualities.

In between the main work, all the guys managed to help to sort out humanitarian aid, collect food for those in need and support the army with donations. And some of them are even ready to defend the freedom and independence of the country in the line of fire. 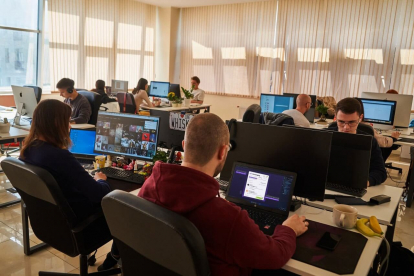 “I’m transferring most of my salary to the needs of the Come Back Alife fund.”

“I just go to the center to help Ukrainians and help pack chemicals, toys, things and products. I am not an official volunteer.

“It’s strange to talk about it, I don’t want to brag. I sent money, collected humanitarian aid. Once I bought everything I needed, which was asked by the soldiers standing with the police near the store.

“Almost immediately I decided to go to the military registration and enlistment office. Made an appointment but was told to wait. And in this expectation, I do what I can: I send money to various volunteer organizations and continue to work, supporting the economic front. I’m sure it’s also important!”

“Went to the Red Cross and received first aid training. From each salary I transfer a certain amount to support the army.”

In peacetime, they provided various services for brand creation, its packaging, the generation of promotional materials and web design; collaborated with major advertising agencies, game publishers and educational platforms. Since 2015, the CLICKABLE team has been coping with all the tasks very skillfully and talentedly: in each project, interest, love for their work and an unconventional approach to implementing an idea were read.

Important projects: the mission of creativity

But still, the guys are especially proud of another charitable digital initiative, where they managed to harmoniously combine an idea that makes their eyes burn with a bright creative component. They have developed a unique collection of NFTs – https://ukrnft.in.ua and are sure that in the context of the global support provided to Ukraine, it is doomed to success. The team is divided into:

“Our main message is that the war is still going on – we should not forget or let the world community forget this. You can help in different ways. If we manage to attract and use more platforms, we get better results. ” 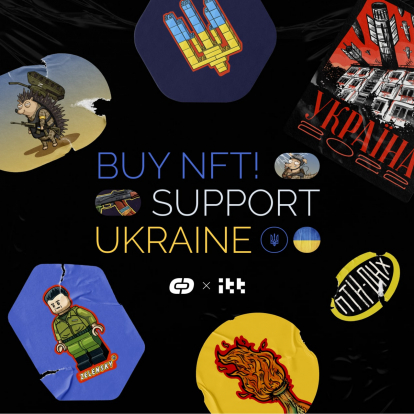 During the 3 months of the war, Ukraine has continued to defend the land with dignity from the enemy , but also made a big step forward in the development of NFT innovations. Thanks to these innovations, people from all over the world join to help and subsequently restore our state.

More and more NFT collections are being launched to support Ukraine. Their main goals and messages intersect: “This should not have happened to us, but it happened!”, “My heart is from Azovstal”, “Be brave like Ukraine”, “Hands off Ukraine”, “Freedom to Ukraine” and other slogans of the Ukrainian resistance that the new reality has brought into our lives. All of them are about the feats of the Ukrainian people, their rebelliousness, courage, responsiveness and creativity.

The UKRNFT project https://ukrnft.in.ua by CLICKABLE is a way to bring victory closer in the rear while they are heroically fighting for it in the line of fire. Now the site presents three full-fledged art collections “UA-NIMALS”, “CHEVRONS” and “WEAPONS”, three more are under development. Doves of peace, the famous dog named Patron, cocktails from Bandera, chevrons and other symbols of freedom and indestructibility of the Ukrainian people, which can be purchased for cryptocurrency.

“Each token is an exclusive work and reflects the artist’s vision, which reads the hope for our early victory and the return of a carefree happy life to each of the cities of Ukraine,” the developers have shared.

100% of the proceeds from the sale of NFT-arts, the CLICKABLE creative team sends to the ITT FUND https://itt.fund. The guys share that it was incredibly important for them to find volunteers whose activities would be as transparent and valuable as possible.

These people felt compelled to put their careers on hold and devote all their energies and resources to the defense of their country. CLICKABLE and ITT FUND have created a unique and socially significant collaboration.

UKRNFT is a unique example of how innovative technologies can be used to bring people together for a good cause. It is nice to know that this digital project is one of many that pave the way for new initiatives based on the information and financial support of the country in the future.

Why are we with Kharkiv IT Cluster?

Being with the Cluster is an opportunity to benefit the Ukrainian IT community,start cooperation with new clients, share experience and receive it from other companies. To feel that together we can achieve more for the development of the region and the country.

Kharkiv IT Cluster is glad that our large IT family has been replenished with a caring creative team from Clickable Agency. Together we are stronger!