IT Weekend Ukraine 2017: the Future of Robots and Machines 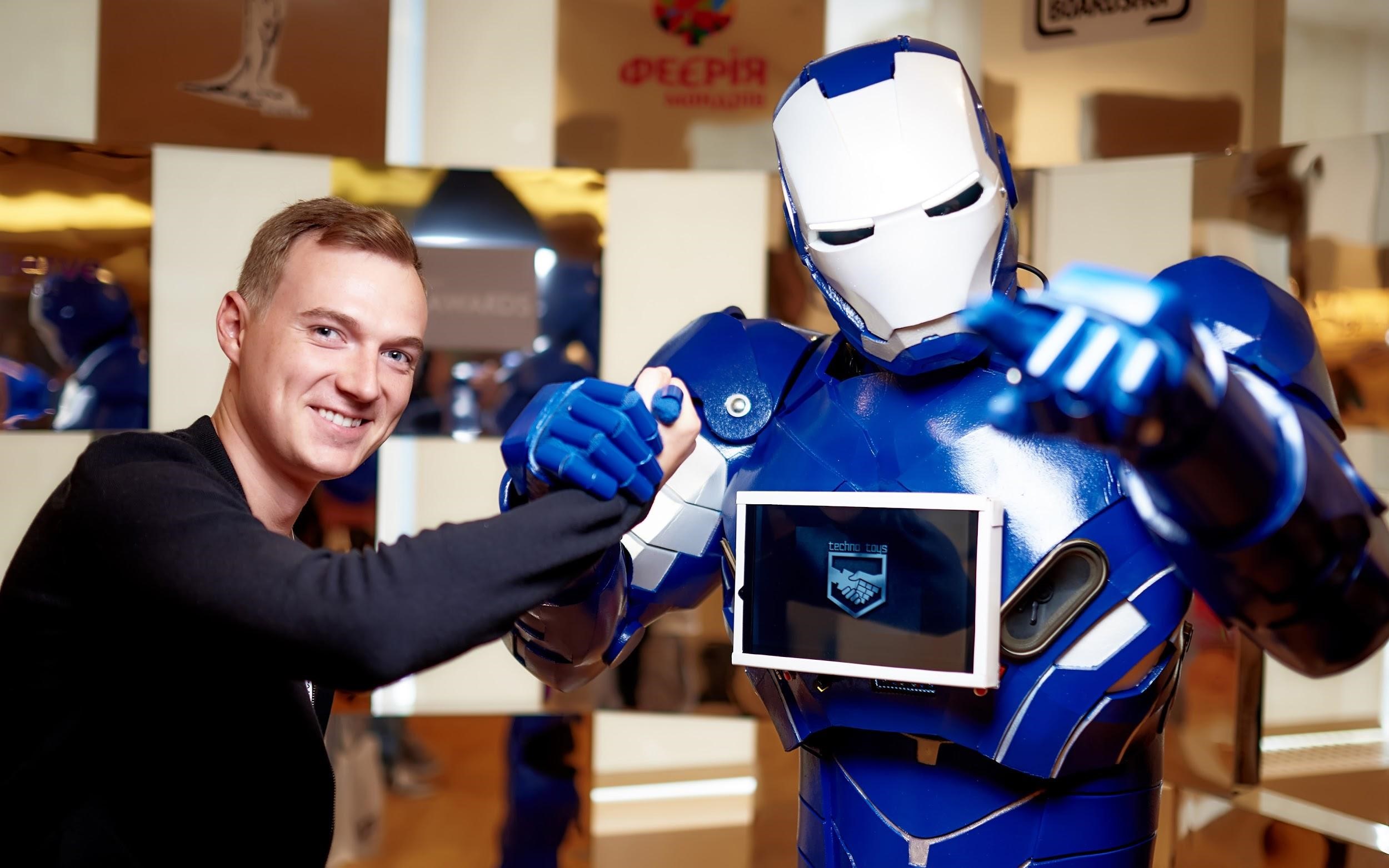 The 6th annual international conference IT Weekend Ukraine 2017 was held in Kyiv on September 16. The latest developments towards Robots and Machines direction became the main topic of the event with focus on Artificial Intelligence, Virtual and Augmented Reality, Big Data and Data Science technologies, as well as Bots and Machine Learning. 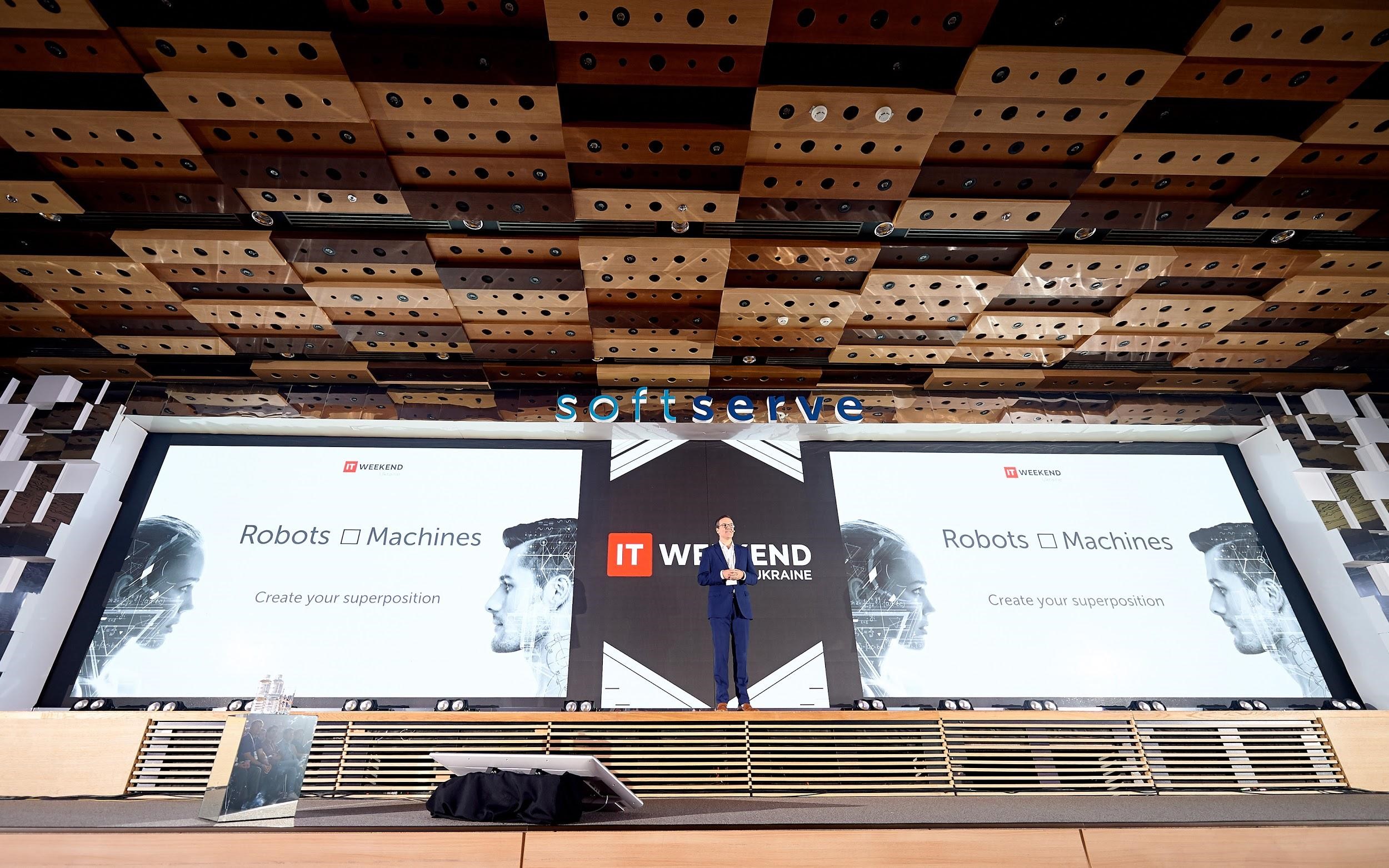 Chris Baker, CEO at SoftServe, opened the conference with a greeting speech. He mentioned that the abilities of machine intelligence are growing by leaps and bounds. In the nearest 50 years, it is forecasted to substitute human in all main spheres of activity. Fortunately, Chris Baker highlights, the key to this process as well as the technologies are in our hands. And we are the ones to define a superposition of robots and machines in a future world, and the role of humans in this process. 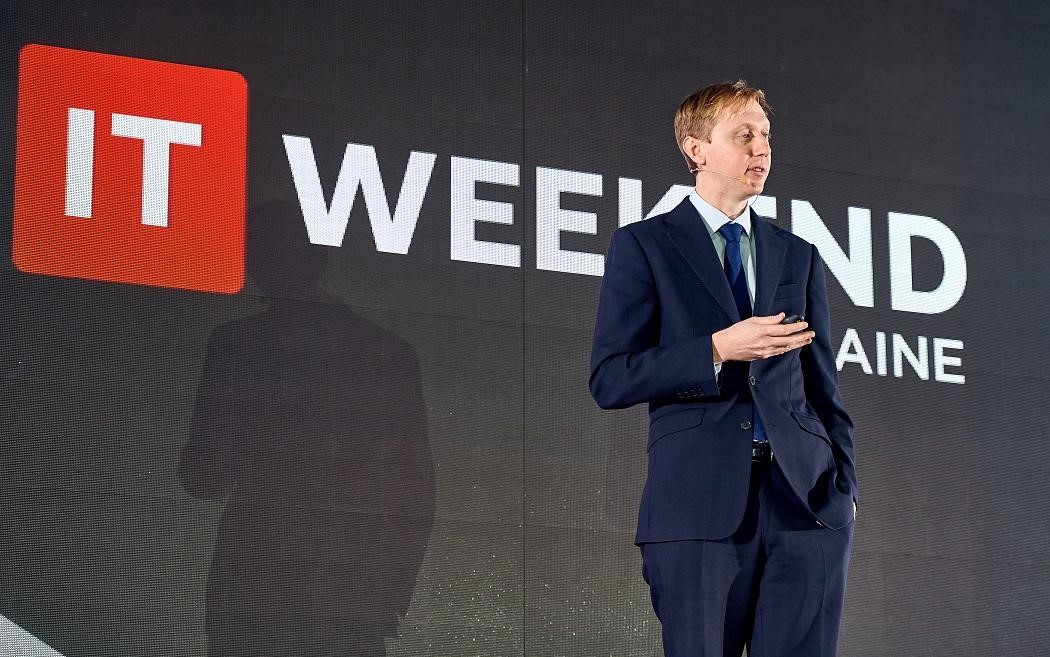 Alex Tayler, Chief Data Officer at Cambridge Analytica, became the keynote speaker of IT Weekend Ukraine. Cambridge Analytica is a company that took part in the pre-election campaign of the future president of the USA Donald Trump.

The combination of psychology, behavioral science, special personality model OCEAN along with powerful calculating resources enables accurate segmentation of the audience. In its turn, it allows for the most efficient realization of the marketing campaign in the digital environment by means of targeted television and mainstream TV broadcasting. Budget optimization, deeper audience insight and reaching that particular audience segment that needs additional motivation and persuasion are the main achievements of Cambridge Analytica. 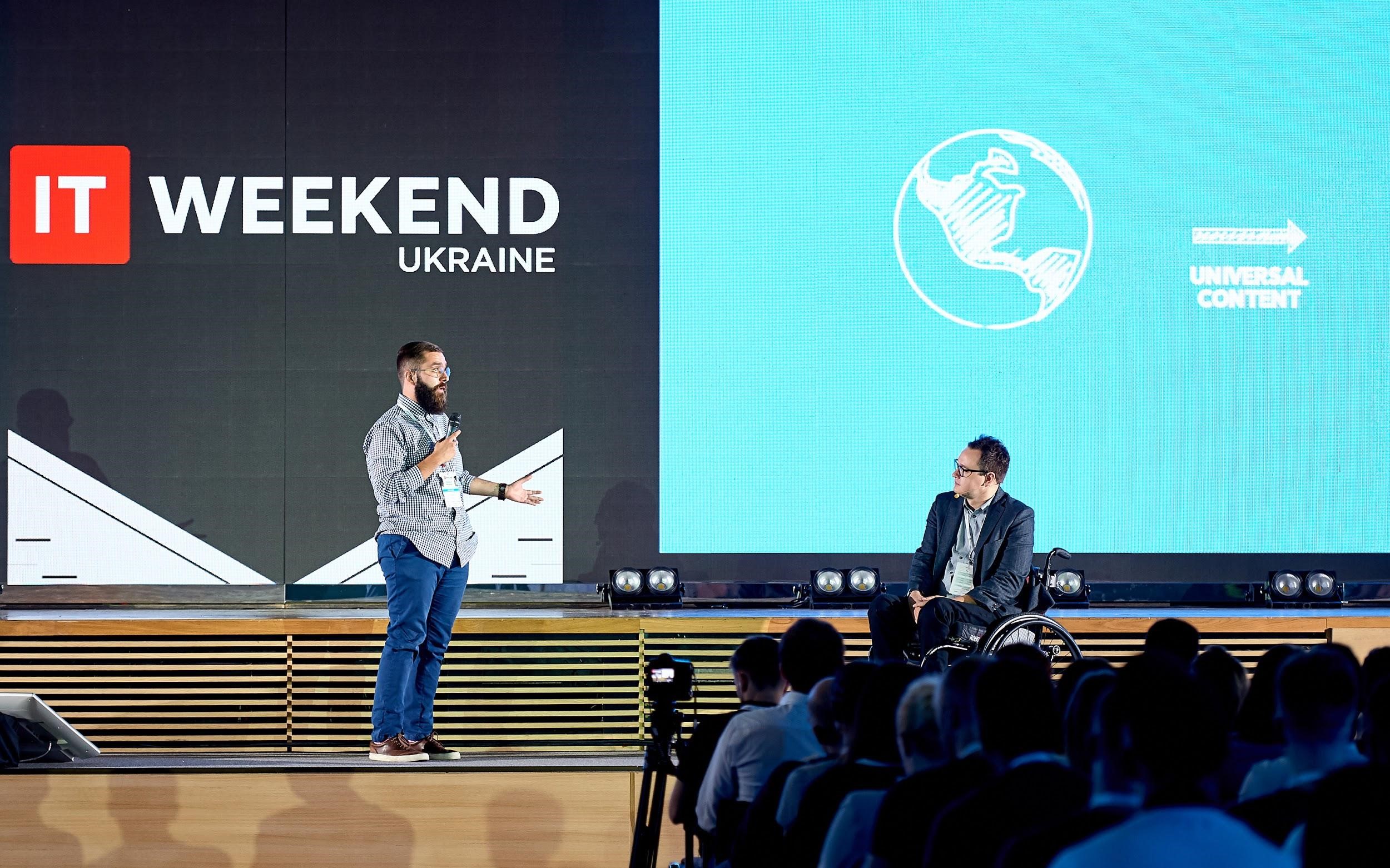 In order to see the reality of the future performed by machines, we need to conceptualize what is “real” and distinguish what perception is, all in all. Within the first stream of the conference named ‘Robots’, Iurii Milovanov, Data Science Practice Leader at SoftServe and Matt McBride, VP, Experience Design at SoftServe, in their joint report analyzed the difference between objective and subjective perception, as well as different types of reality related to them: intelligent, envisioned and enhanced. 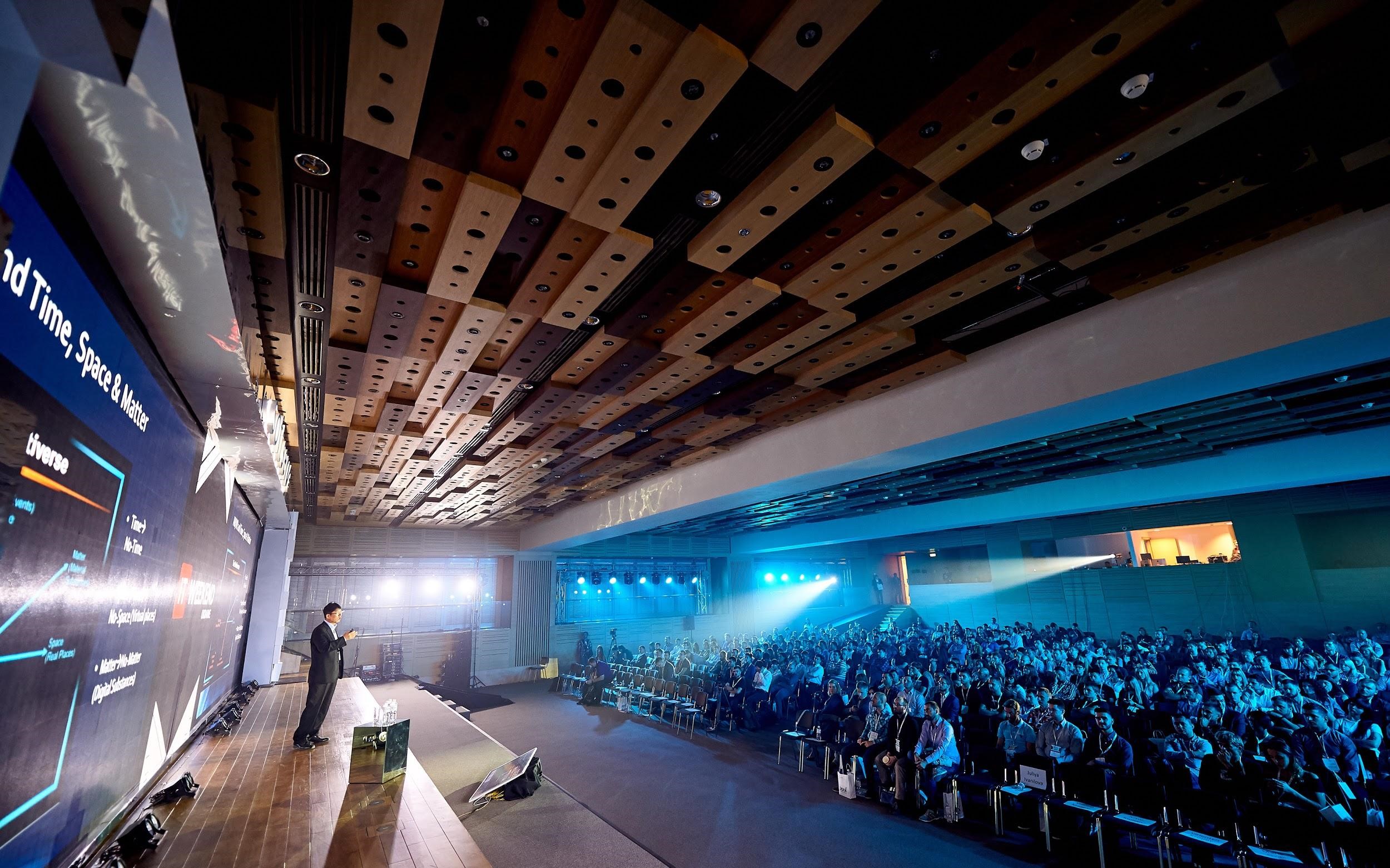 The next generation of economy will be based on 10 key technologies, VR and AR technologies above all. Tymothy Jung, Director at Creative AR & VR Hub at Manchester Metropolitan University opened the augmented reality unit within IT Weekend Ukraine. Having focused on the peculiarities of the human perception, he outlined that virtual and augmented realities provide for personal experience, by means of which up to 80% of information can be memorized (for reference, while reading this rate is 10%).

The topic of Augmented Reality was continued by Alessandro Terenzi, CTO at Inglobe Technologies. He presented the technologies of tracking the objects. He also provided practical examples that demonstrate the benefits of augmented reality being used in automobile production, manufacture, gaming and publishing industries.

Jeremy Dalton, VR/AR Lead at PwC UK, suggested looking at VR and deep learning technologies from a different perspective by examining the history of storytelling from ancient times  till nowadays. According to Jeremy, the millennials generation value experience above possession. That’s why virtual reality becomes a real bearer for storytelling in modern world. Jeremy also provided current examples for applying VR: VR sets will be used by Walmart for the employees’ education; by means of VR Sotheby’s will demonstrate real estate; in the UK VR technologies will help to investigate road traffic accidents; and Ford is working on the applying of VR for checking the production lines. The speaker provided forecasts data – the VR market will rise up to $75 bln till 2021, and a number of VR headsets in 2021 will rise to 257 mln devices. 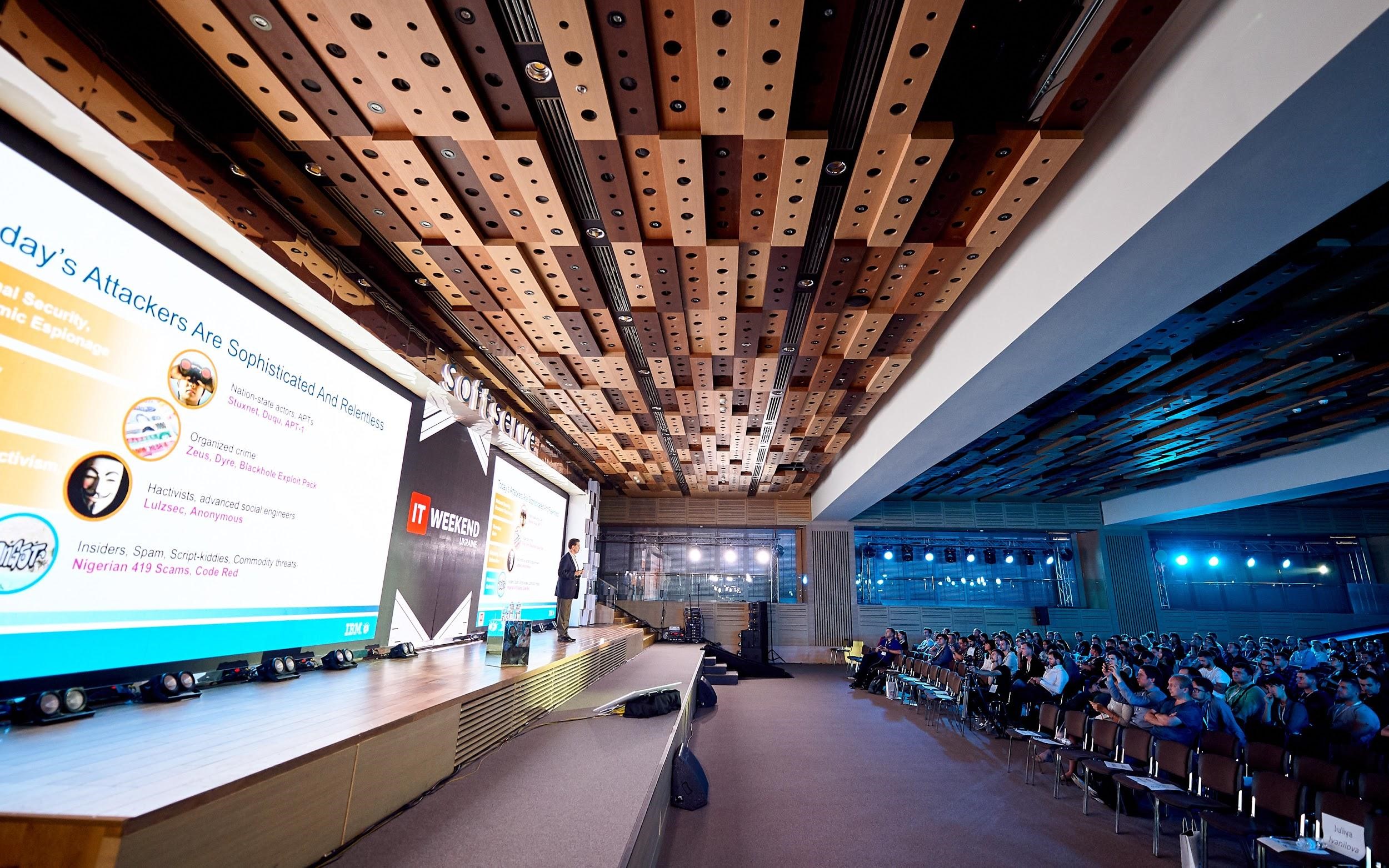 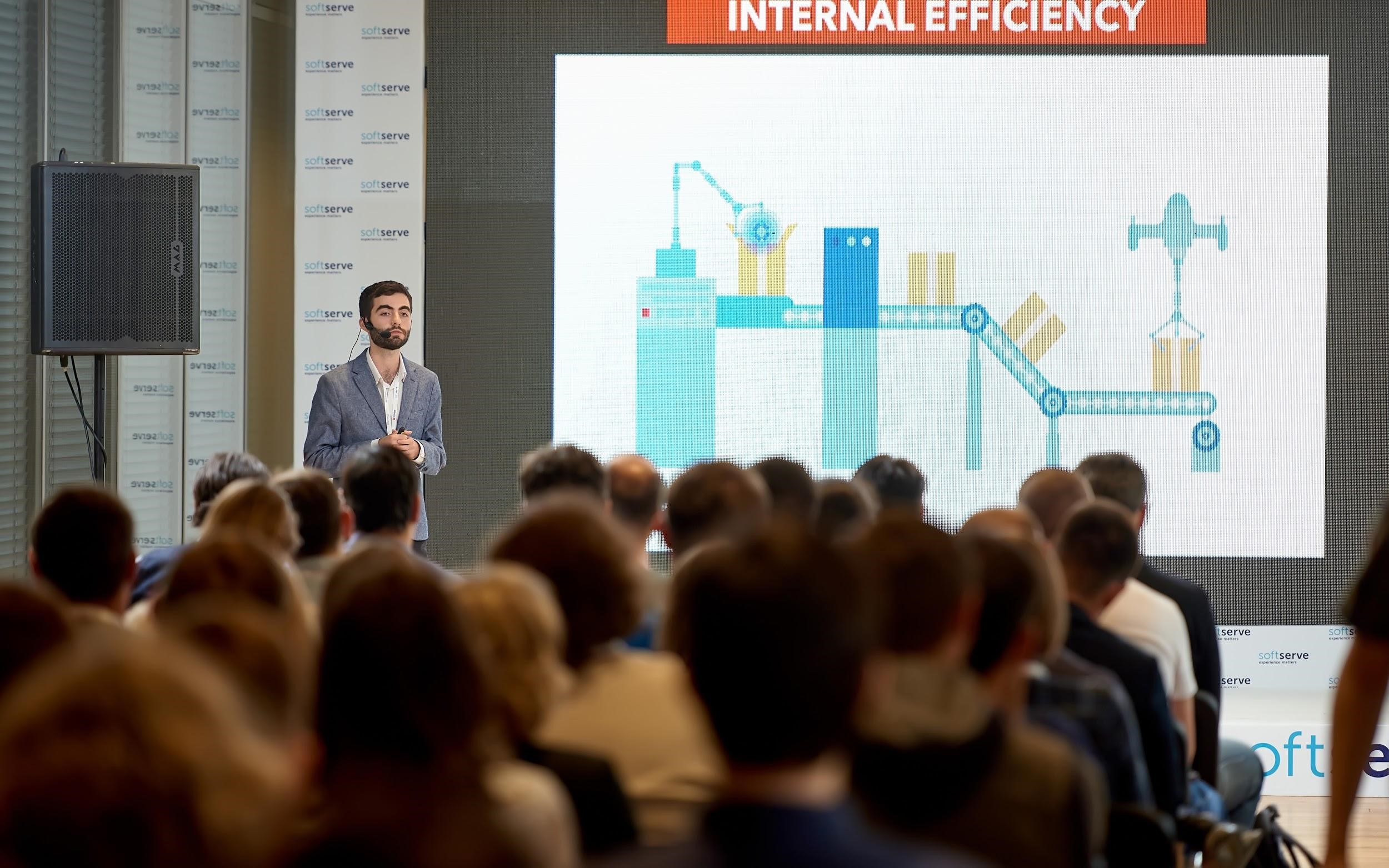 The second strwam of the conference ‘Machines’ provided the audience with the possibility to look closely at the applying of deep learning technologies, deployment of VR technologies in startups, current AI problems and bot technologies.

Thus, Irina Vidal Migallón, Computer Vision and Machine Learning engineer at Siemens Mobility, disclosed the problem of deep learning implementation on mobile devices. In his turn, Valerio Maggio, Data Scientist at FBK -MPBA, presented a non-traditional approach to deep learning implementation. Synergy of startups and AI, VR and AR technologies in ‘Machines’ stream was presented by Artur Kiulian, partner at Colab, a Los-Angeles based venture studio, and Sami Hamid, VP Producer and co-founder at Glitch Studios AS. Jonathan Mugan, Co-Founder and CEO at DeepGrammar, reviewed the challenges of artificial intelligence, related to the adaptation of natural language. And Vadim Kagan, President and Co-Founder at SentiMetrix, Inc, presented a SentiBot system, used for identifying and eliminating ‘influence bots’, silent weapon of the information warfare in social services. 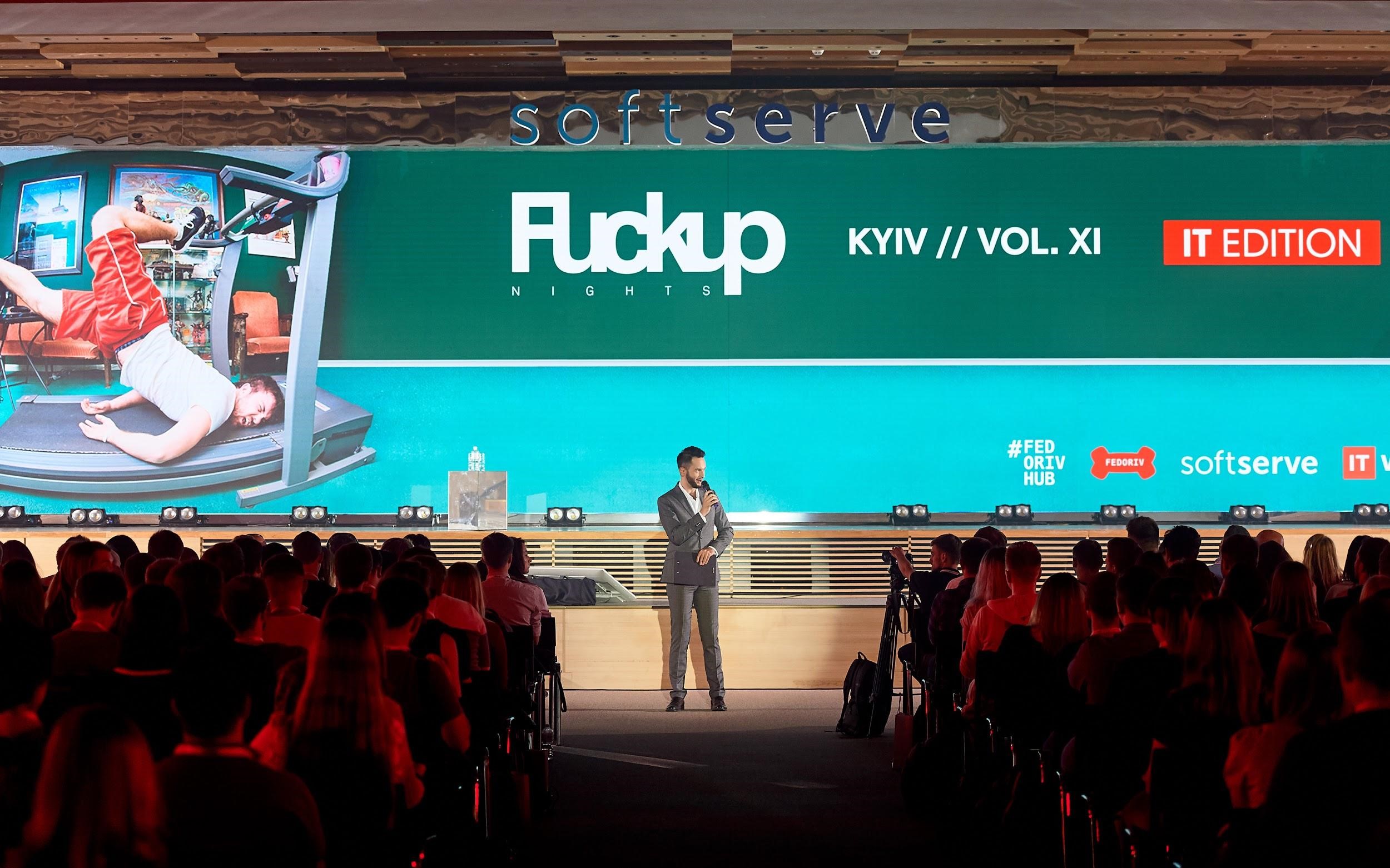 Informational and entertaining unit FuckUp Nights Vol.XI IT Edition followed the agenda of IT Weekend Ukraine 2017. Personal failures and explicit fiascos were shared by: Evgeniy Labunskiy, partner of Scrum Ukraine, Agile Coach, Process Consultant; Valentyn Kropov, Delivery Director at SoftServe; Alex Lutskiy, Co-Founder and CEO at Innovecs; Andriy Fedoriv, Co-Founder and CEO at FEDORIV, Chairman of the All-Ukrainian Advertising Coalition. The attendees were entertained by the stories of product development for the Chinese market, the adventures of Ukrainian IT resident in Texas, three main mistakes while producing and developming of Villa4Vacations.com service, the history of Roshen, Fozzy brands market appearance, etc. 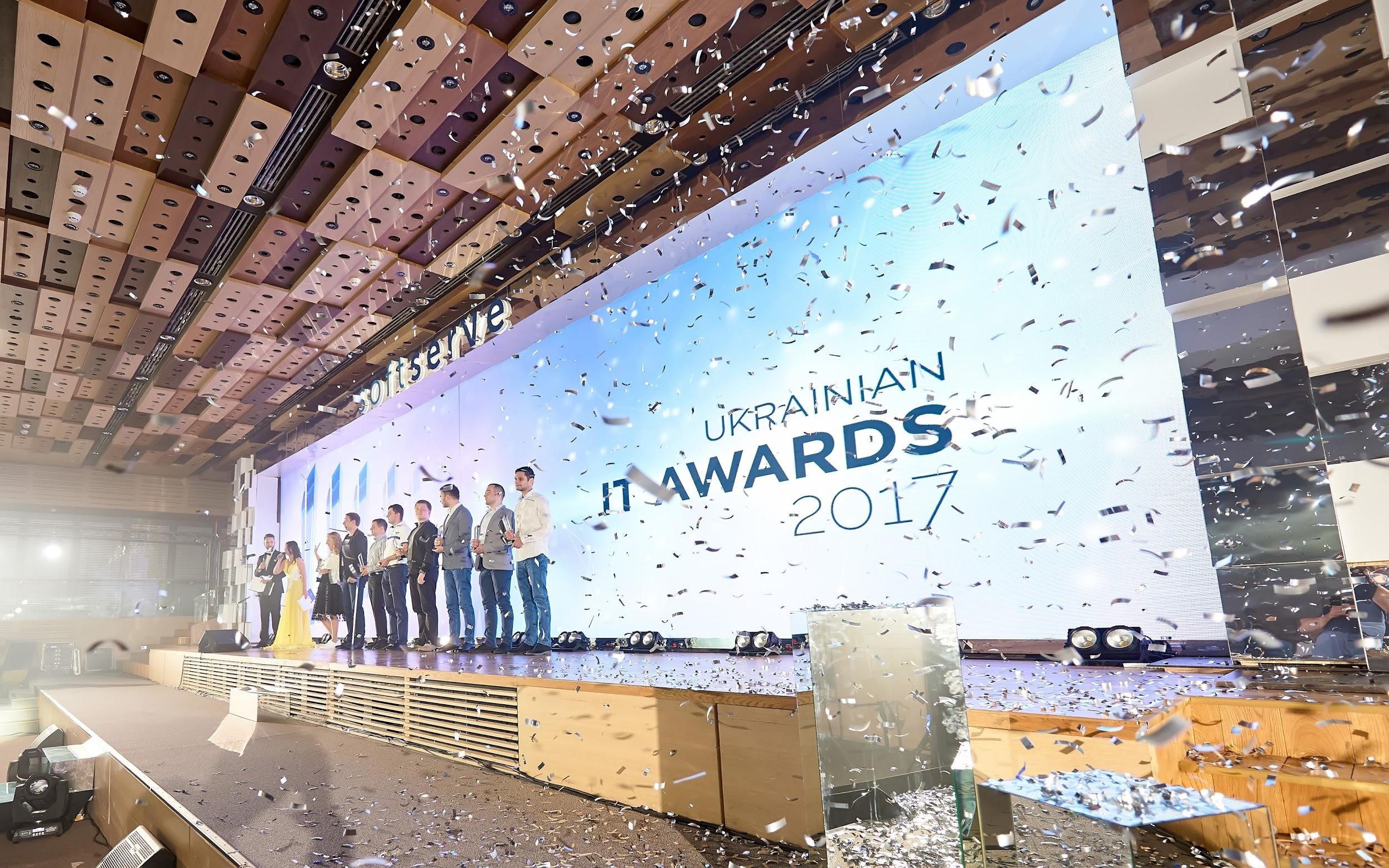 This year, the conference organizers contributed UAH 150 000, raised by selling the tickets, to the corporate SoftServe Charity Fund ‘Open Eyes’ to implement a «Positive Rooms» project.

Beside the exciting and inspirational content, IT Weekend Ukraine conference is a perfect place for networking. Around 1000 participants had a chance to socialize during the day as well as the afterparty, visit the stands of partner companies, and also win prizes in dozens of quizzes.