Kharkiv IT Research: 25,000 IT Specialists, over 450 Successfully Working Companies and 5 Billion Hryvnias Taxes in the Budget of Ukraine

On October 9th, Kharkiv IT Cluster presented the results of the extensive Kharkiv IT-research, which was conducted by PricewaterhouseCoopers and IRS-group. More than 7,000 IT-specialists from 36 Kharkiv companies took part in it.

According to the results, there are about 25 thousand IT experts currently in Kharkiv, who work in 450 actively growing companies. Therefore, Kharkiv is ahead of the rest of the massive IT locations in Ukraine by number of IT-specialists. Kharkiv IT Cluster  placed second after the Kyiv IT hub. 15% of IT-employees of Ukraine work in Kharkiv, which is twice as many as in Dniepr, and 3 times as many as in Odessa. 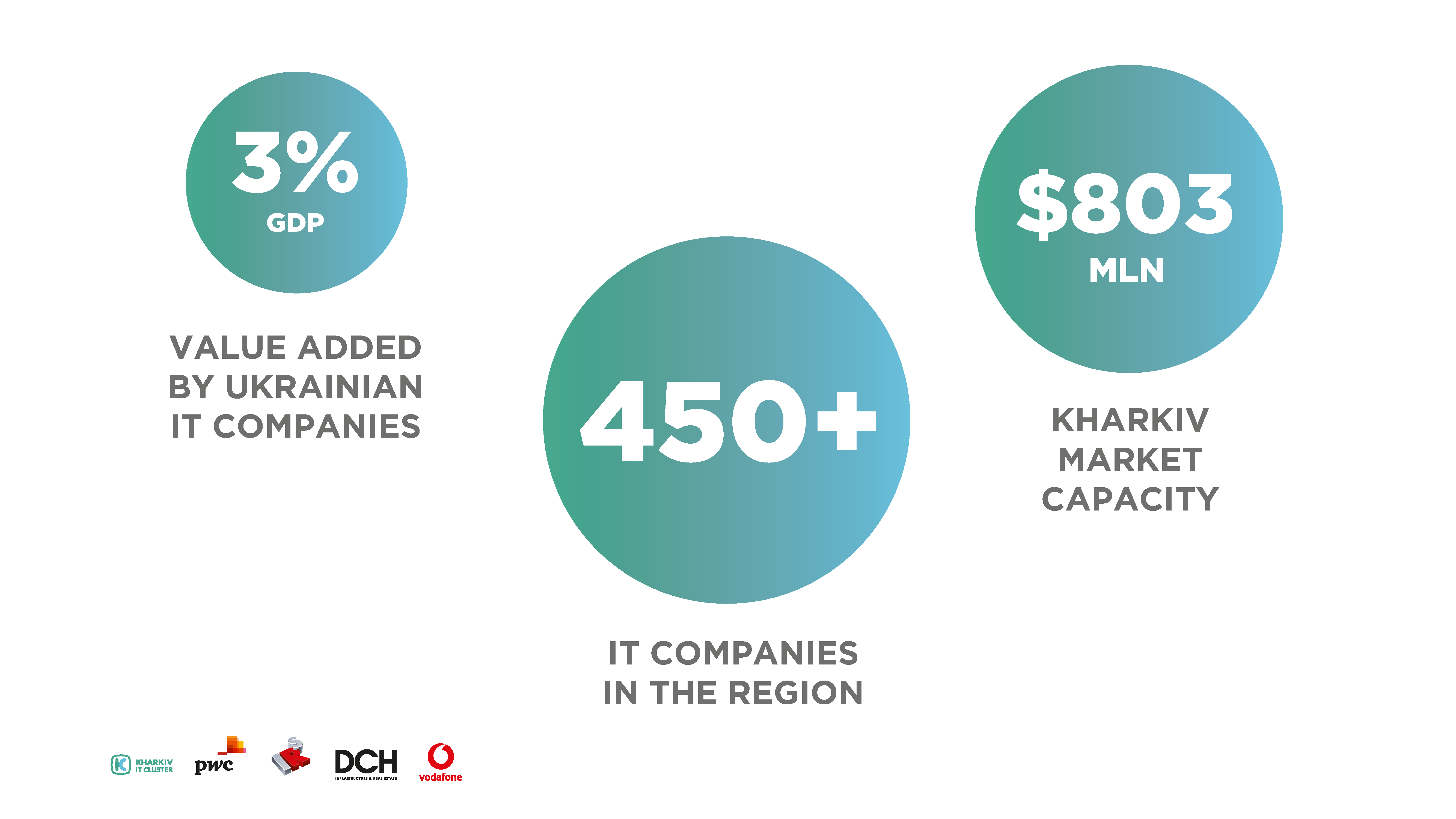 In 2017, IT companies brought 7.8 billion grivnas to the state budget as a tax deduction. In total, the IT industry of Kharkiv has transferred about 5 billion hryvnias in tax revenues to the state budget, 43% of them went to the local budget of the region. 95% of sales of Kharkiv IT-companies are to foreign customers, 65% of which to the USA and 25% — to Europe. Taking into account the current growth rates, tax payments of the Kharkiv IT industry are expected to increase to 14.6 billion hryvnias by 2025. 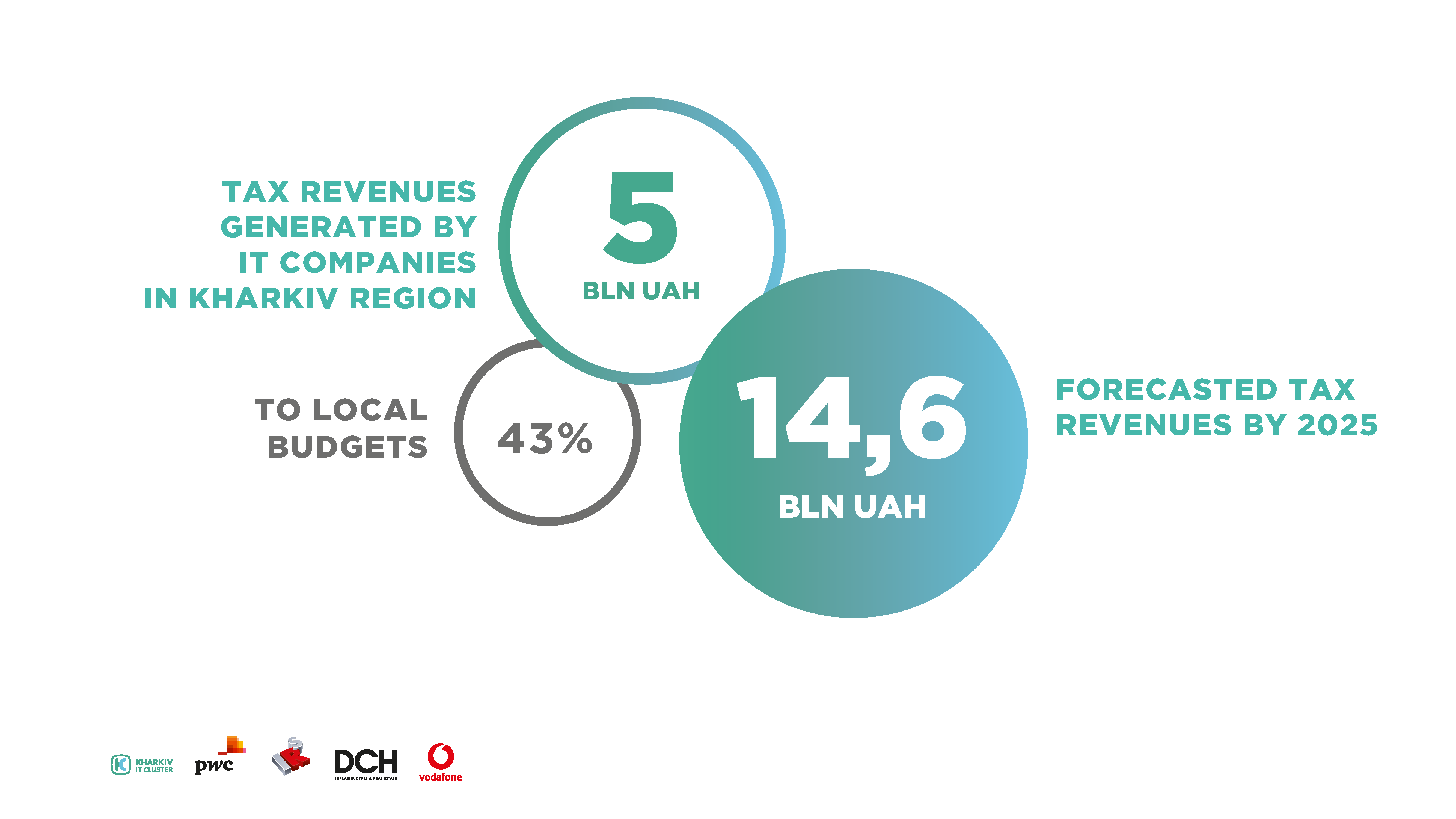 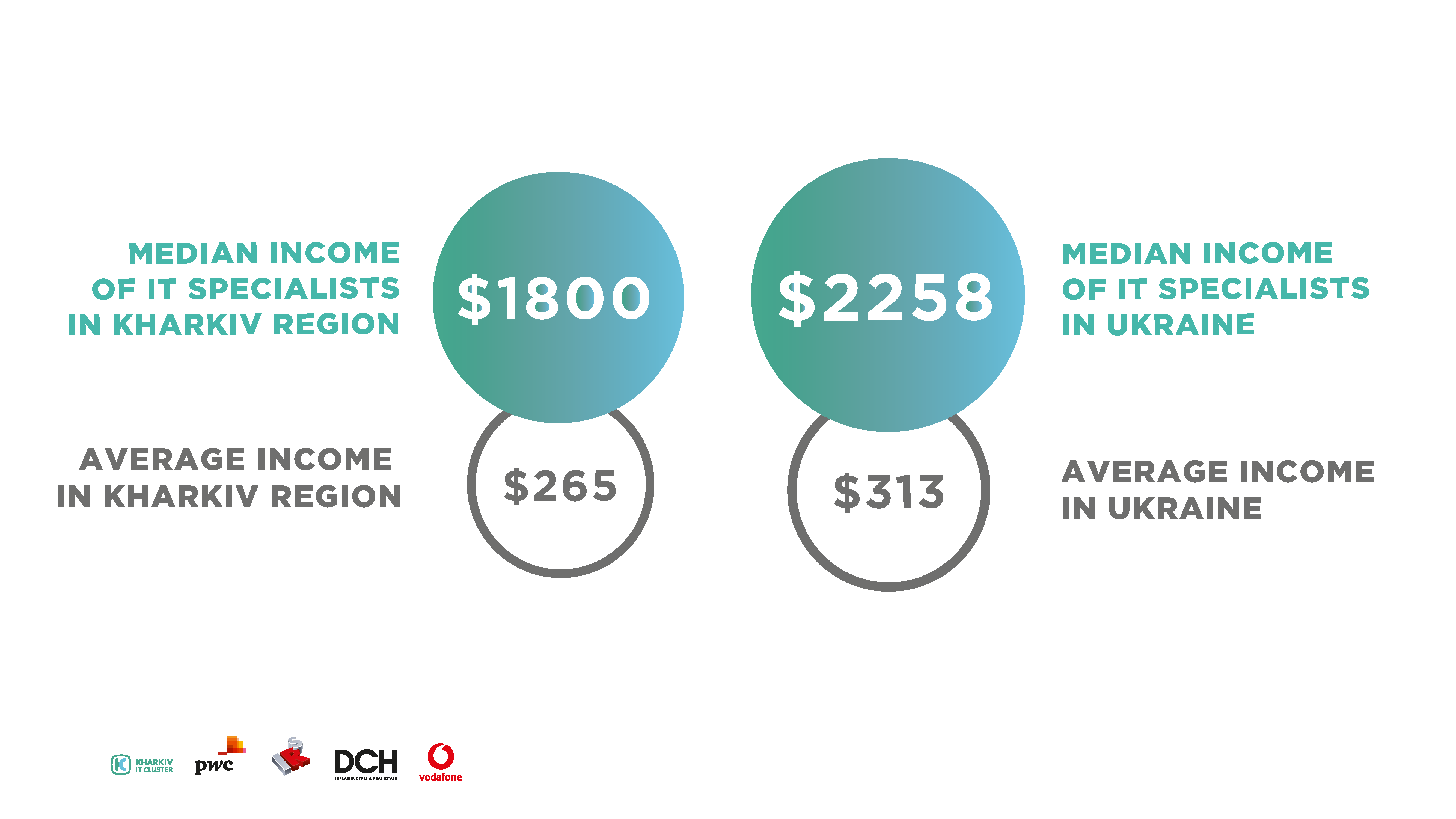 Research indicates that the Kharkiv IT-industry shows stable growth, provides jobs for 25 thousand residents, forms a significant share of tax deductions to state and local budgets and successfully copes with any appearing obstacles. Based on a macroeconomic analysis of the IT spheres of the region, PwC formed an optimistic forecast that predicts stable and steady growth in all areas. The analysts attributed the strengths of the Kharkov IT-industry in the tight cooperation of IT-companies with local universities, the development of urban infrastructure and a large number of specialized events (conferences, hackathons, meetaps, etc.), which contributes to the improvement of technical expertise and professionalism of local specialists. 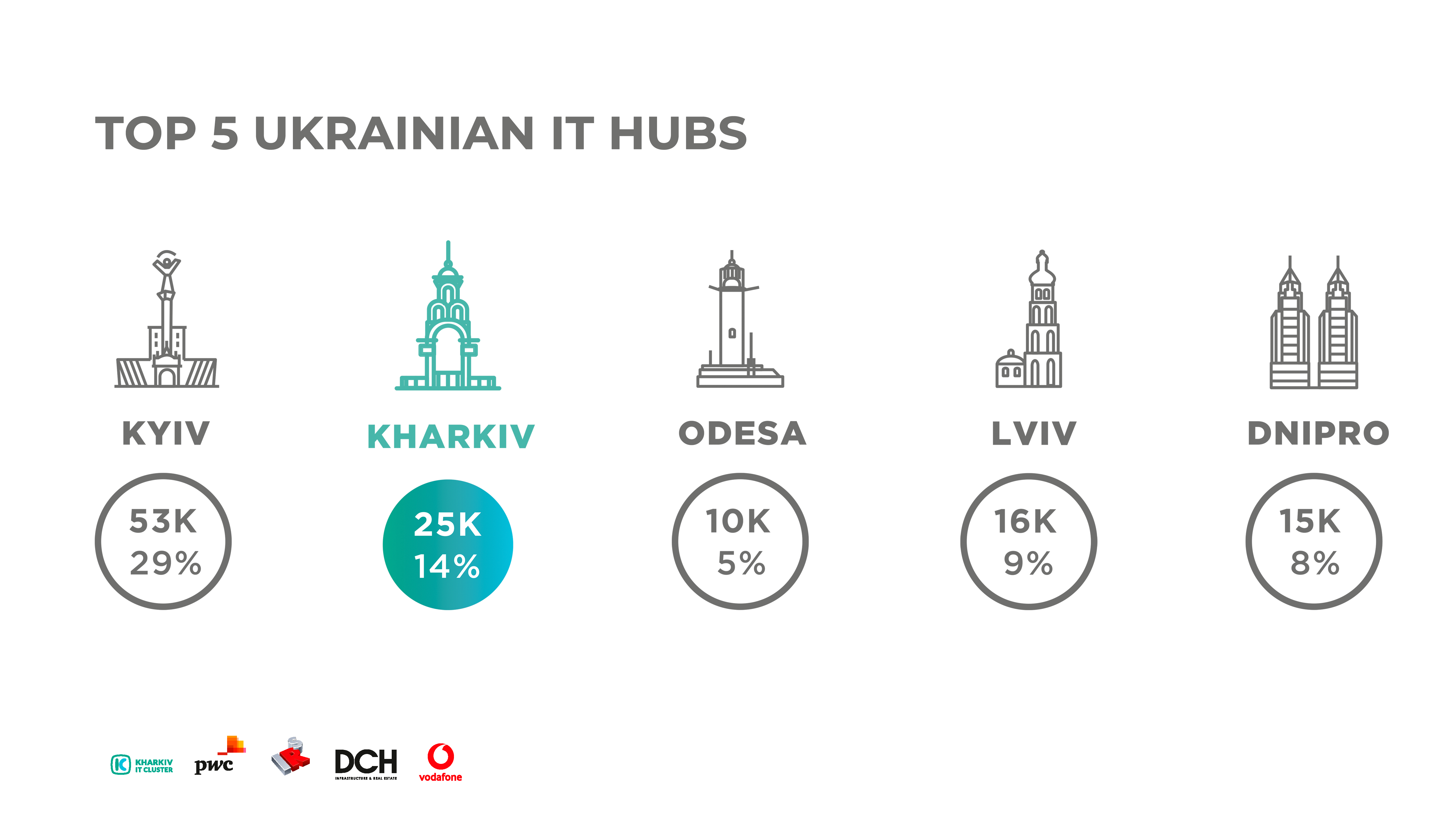 In addition to cooperation with educational institutions, the Kharkiv IT-sector works with local authorities. Vodafone Ukraine together with Kharkiv City Council and Kharkiv IT Cluster are working on the Vodafone Smart City project. The program is being implemented with the aim of introducing a number of “smart” solutions in the field of transport, medicine, utilities, e-Government and security into the urban infrastructure. They will raise Kharkiv on one level with such cities as Amsterdam, Barcelona and London.

At the same time, the urban IT community faces a number of challenges, which mainly consist in the mismatch of the demand of IT companies with the supply of external agents. For example, most of the urban commercial real estate does not meet the demand of IT-companies. Today they have already occupied 200,000 m2, and by 2020 they will need another 60,000 m2. CEO of DCH I & RE, Daniel Vladov understands the need to reform its infrastructure, “the IT segment today has chances to become a new driver for Ukrainian economy. Kharkiv and Ukraine need a totally new infrastructure  which will ensure them a qualitative industry development, and help to turn into the world technological centres. The DCH I&RE team fully understand the market conditions and world trends, and has been working on creation of the Kharkiv ecosystem, which will include an industrial park, a technological park, a logistics complex, a trade cluster and a research one, as well as an educational and healthcare centres”.

Another issue that is gradually being resolved, is the lack of direct flights from Kharkiv airport to popular hub airports (Amsterdam, Paris, Munich, Frankfurt and London).

Despite the fact that Kharkiv universities produce about 2,000 young specialists every year, the demand inside the IT business is much higher. In 2018, the demand for experts in the field of information technology is two times higher than the number of graduates (3,329 vacancies against 1,517 graduates). 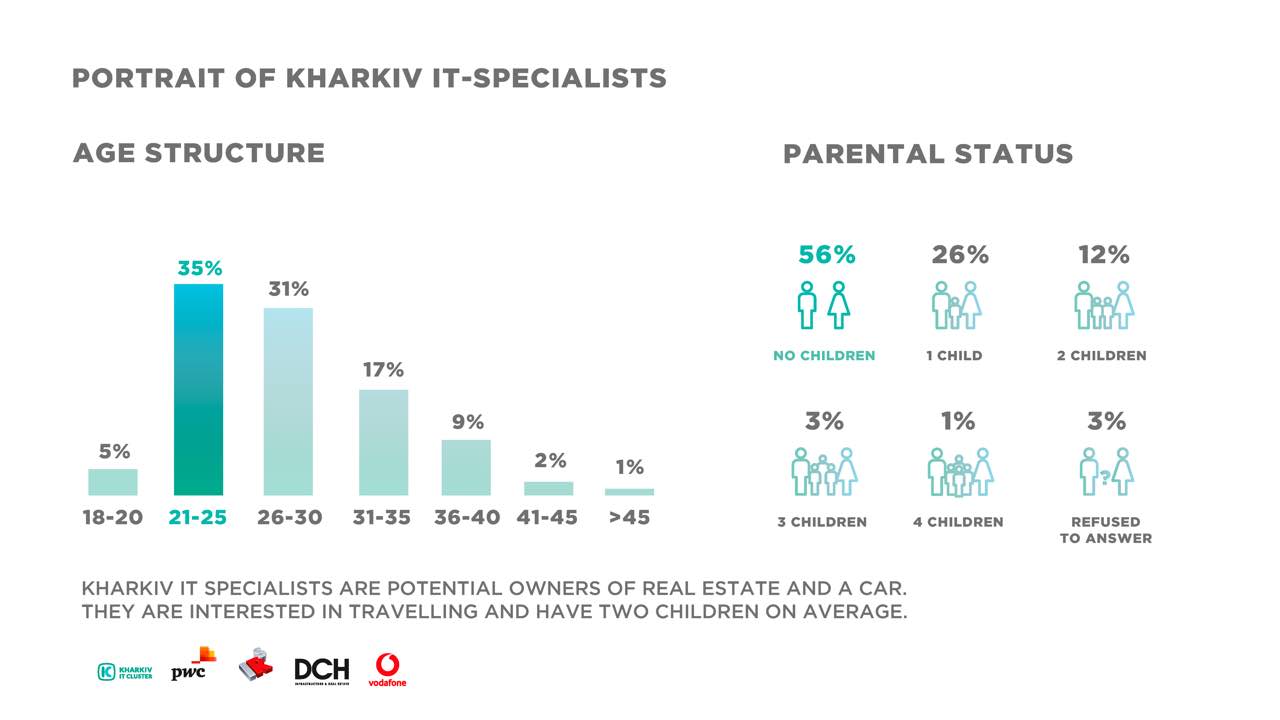 Summing up the research, the experts remained optimistic in their forecasts. This allows for calling Kharkiv a large IT hub of the country, which will consistently increase the pace of development, attract more and more investments into the country, develop local and state economies, promote advanced skills of young specialists and form a positive image of the city as a reliable location for international cooperation.

The presentation of research was conducted with the support of Vodafone Ukraine company and DCH I&RE.

The results are available via the link

About Kharkiv IT Cluster:

Kharkiv IT Cluster is a Kharkiv public organization that unites the leading IT companies, local authorities and higher education institutions to introduce complex changes to the IT ecosystem of the city since 2015. Today Kharkiv IT-cluster unites more than 40 successful companies in the region, which jointly implemented more than 20 educational projects, 30 social initiatives and conducted more than 50 specialized events for industry professionals. 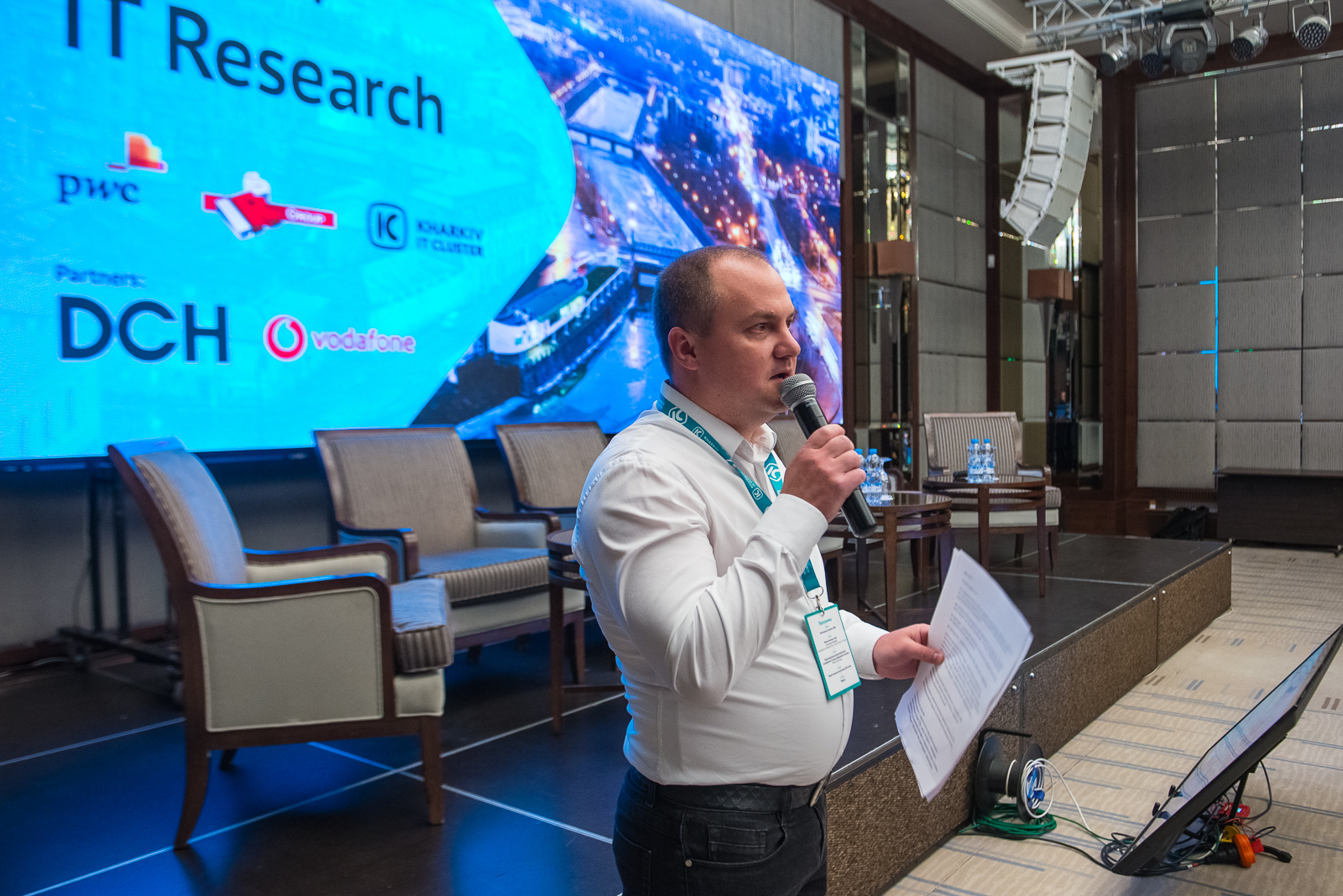 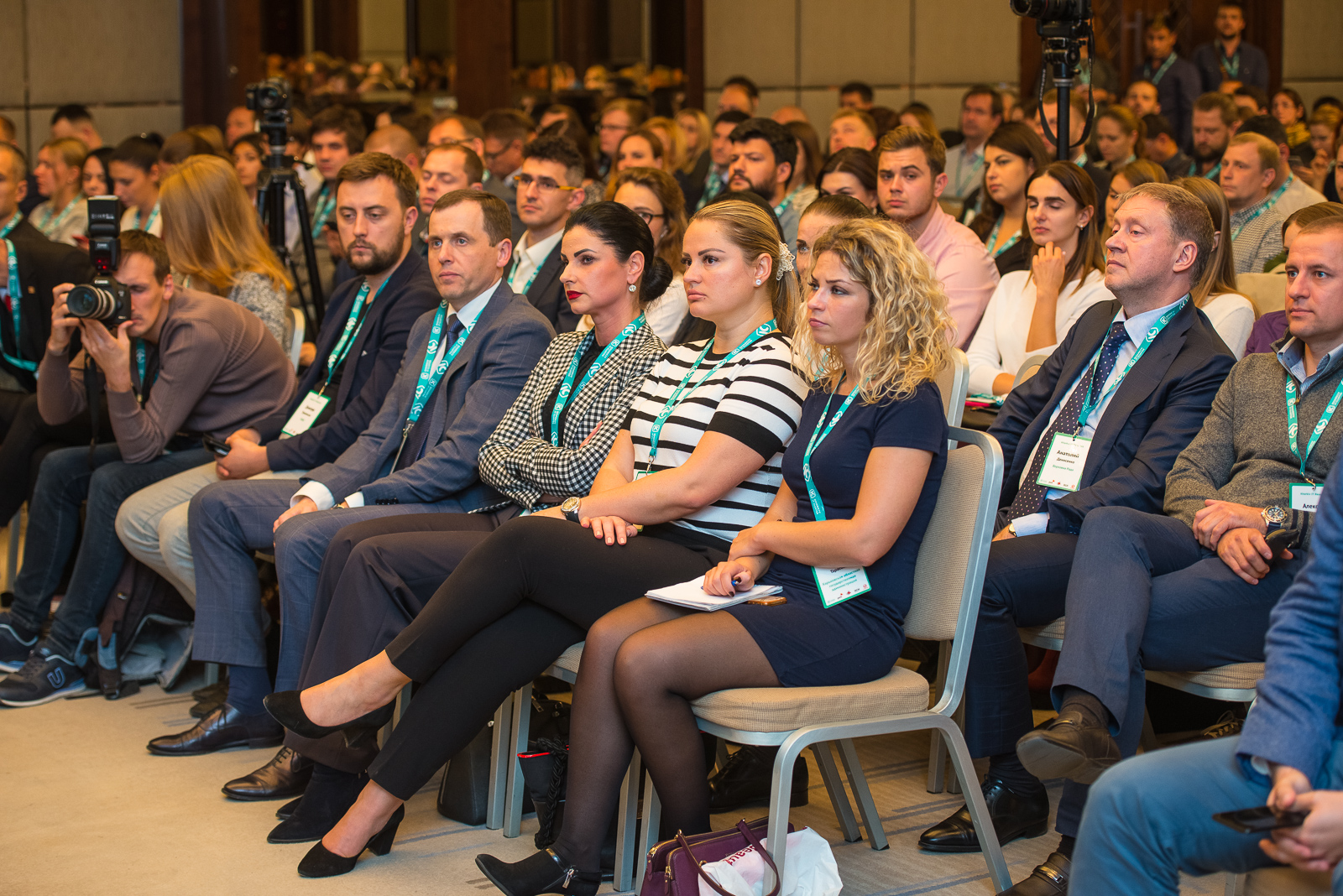 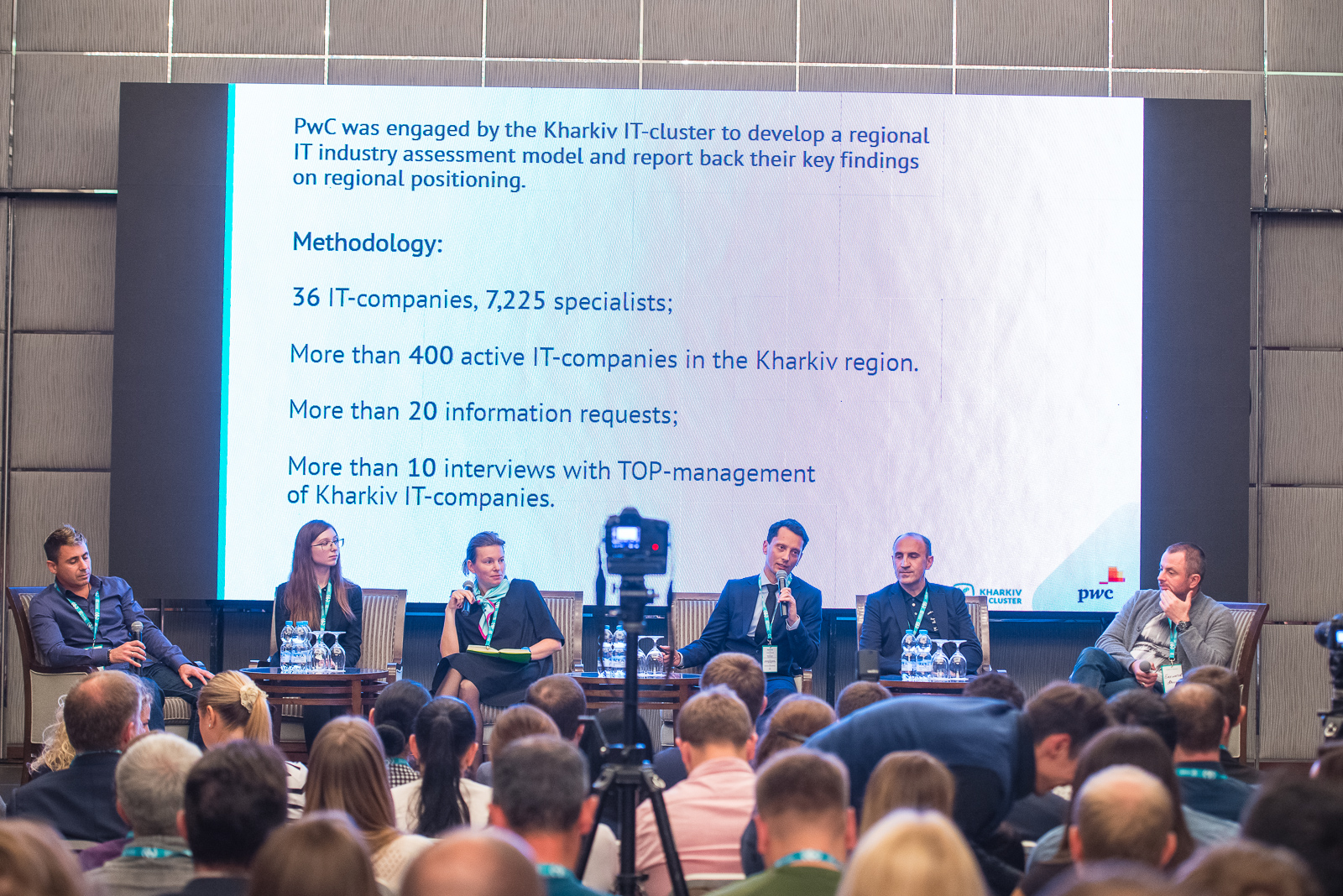 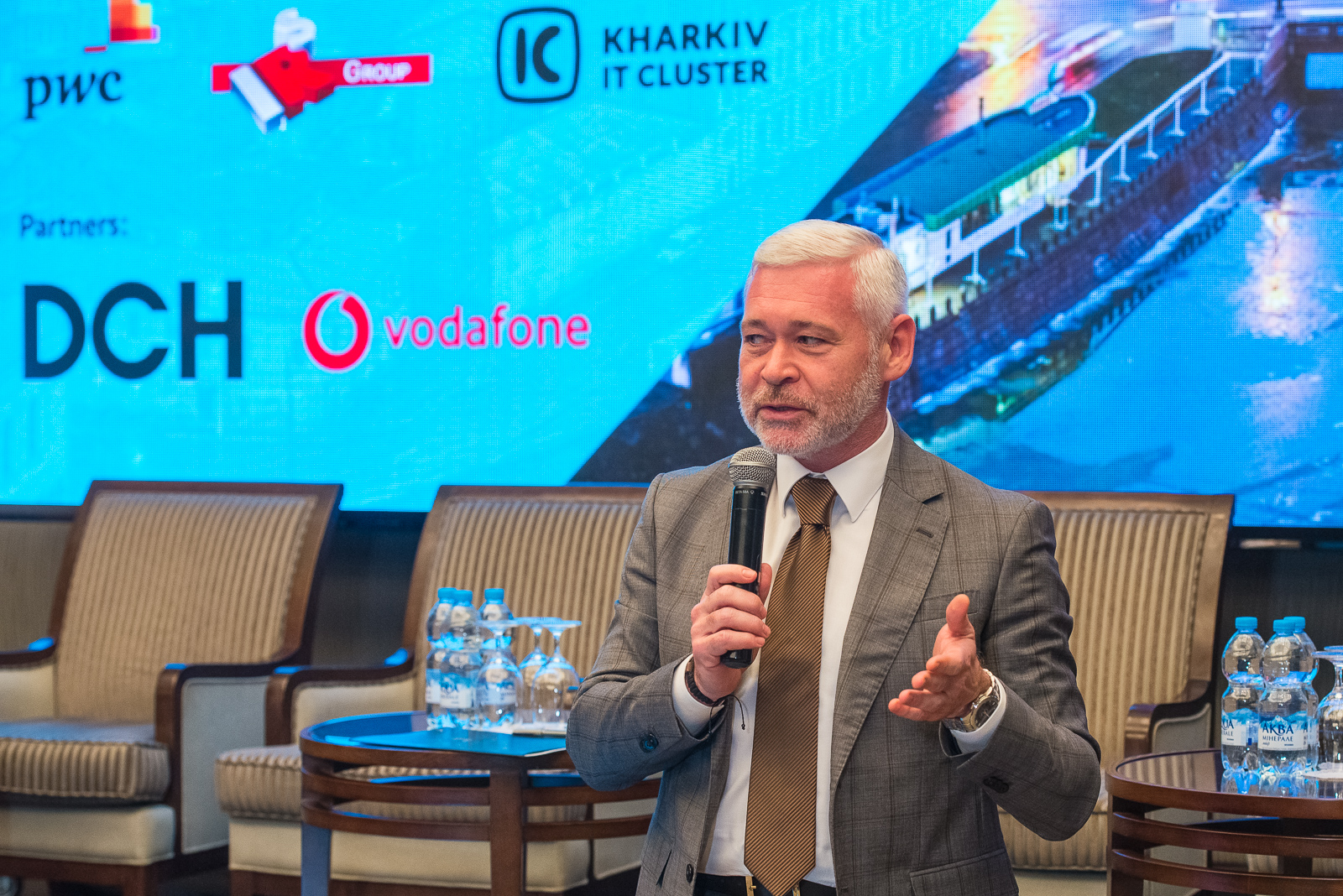 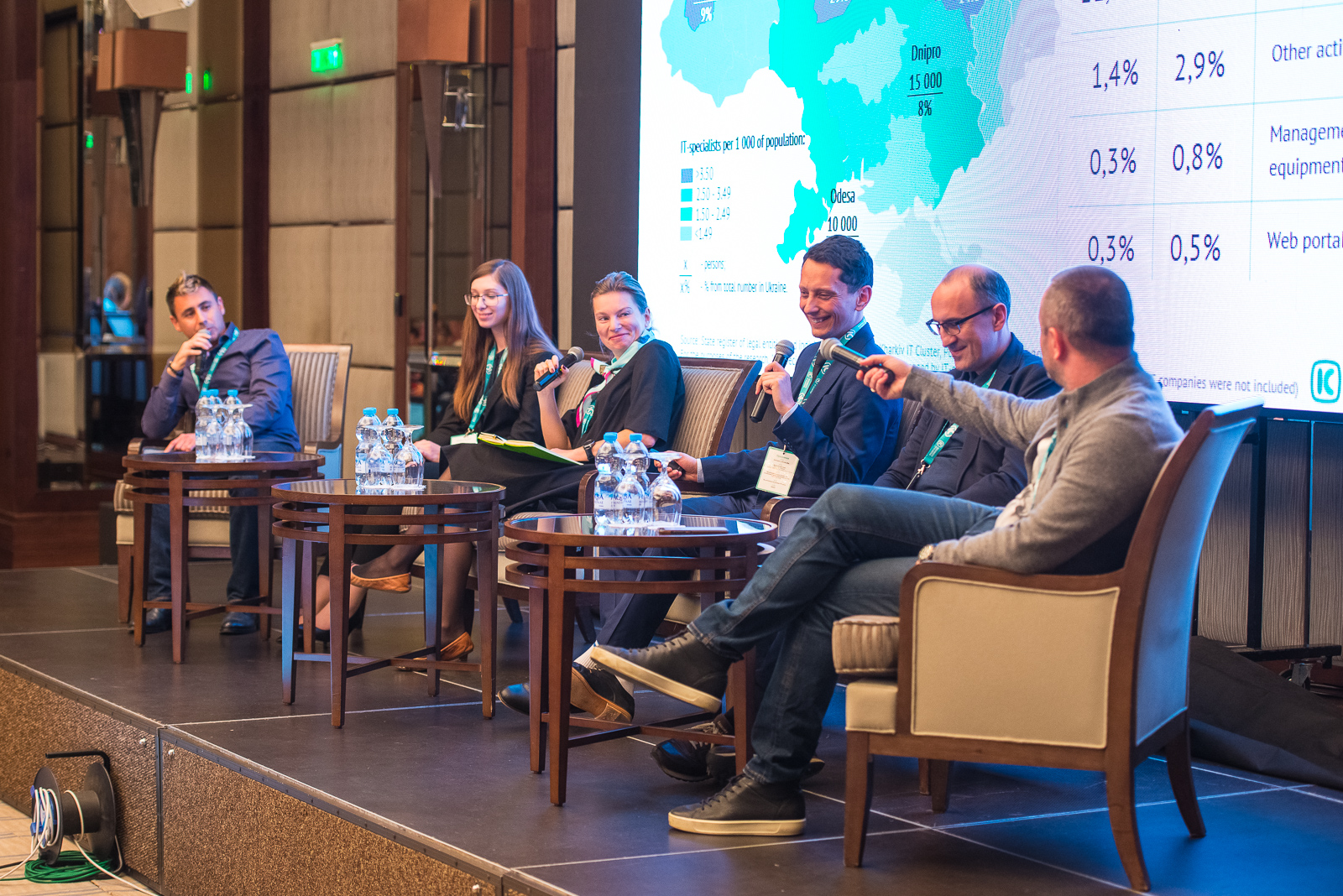 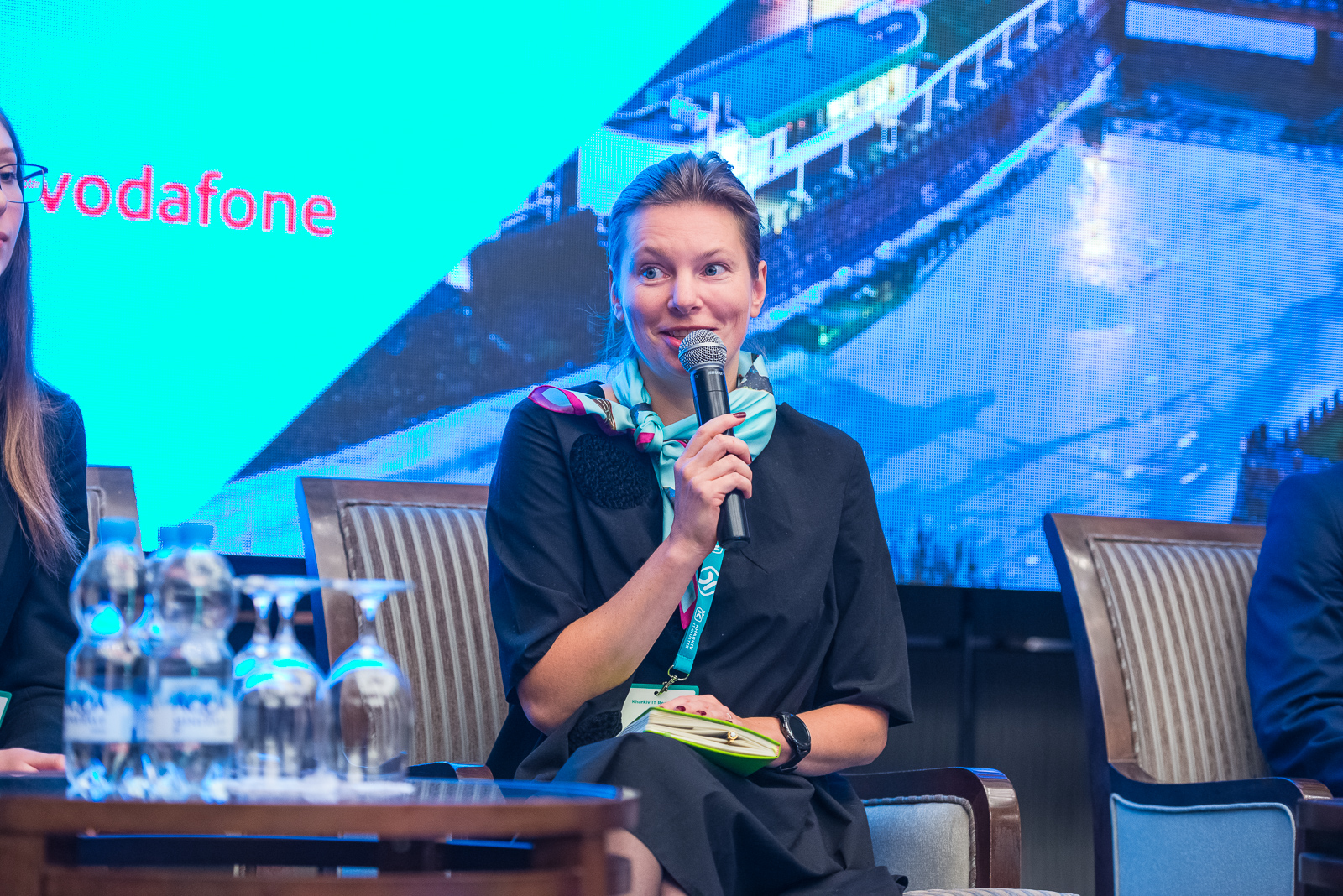 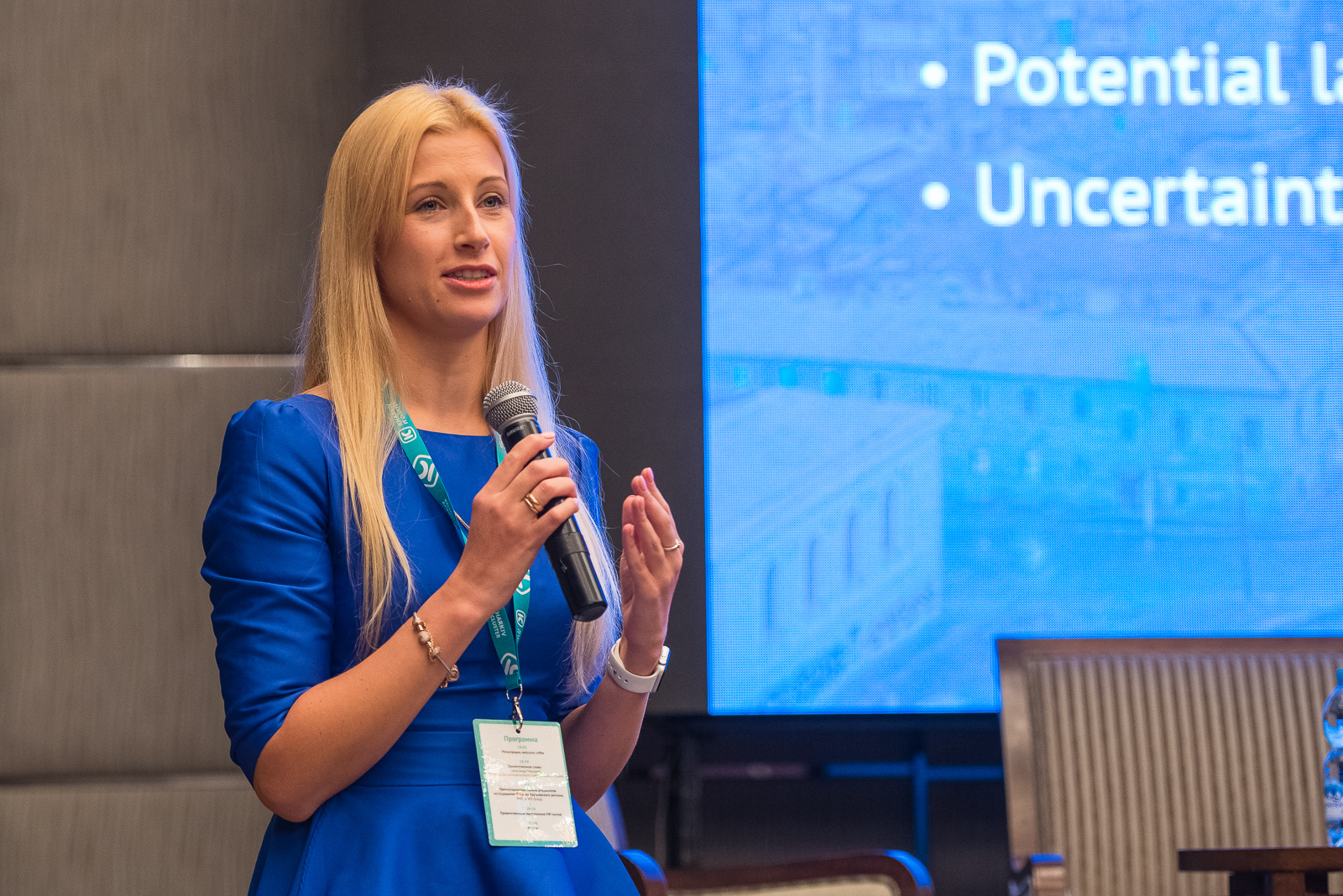 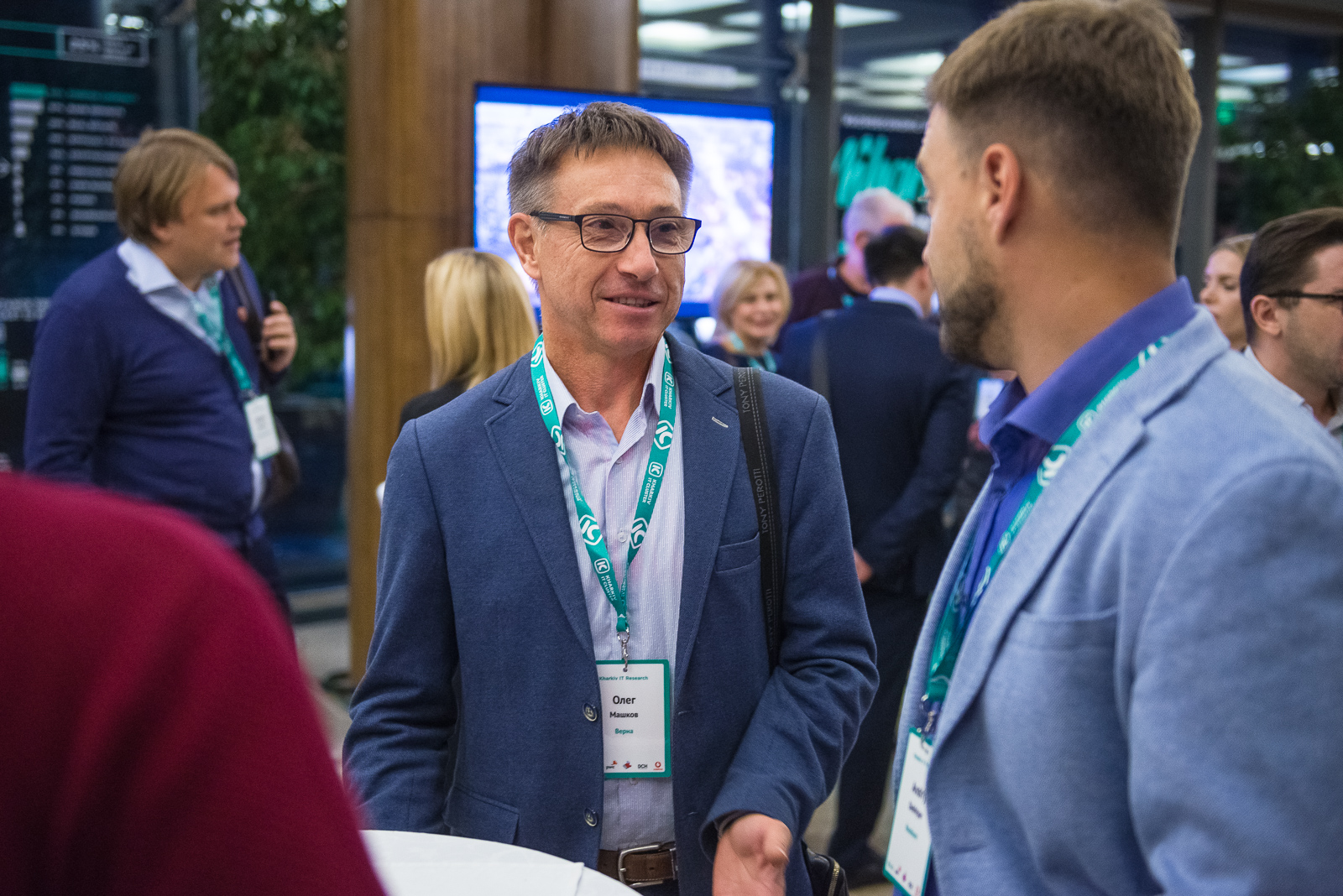 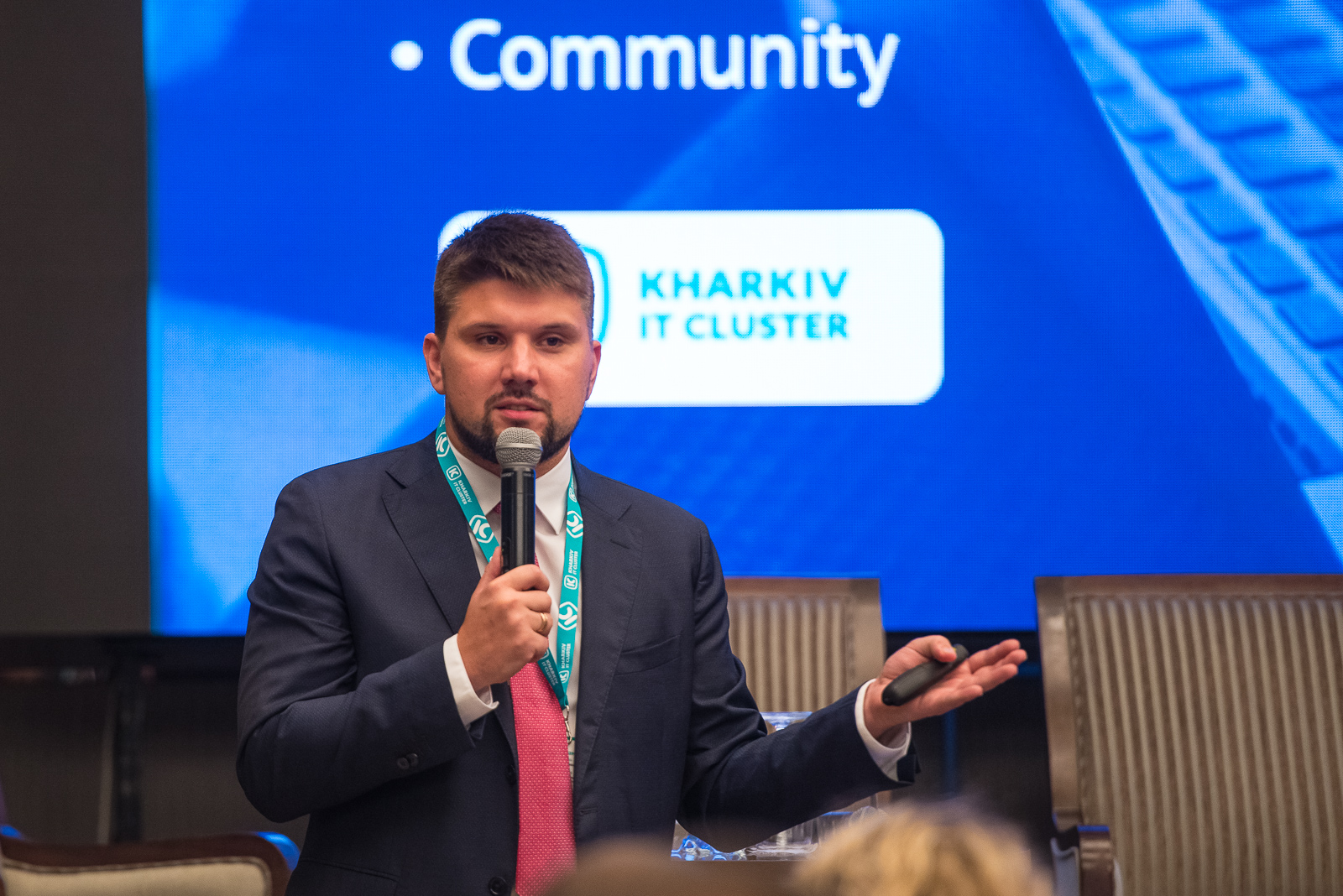