During December 7-11, thousands of mentors held IT lessons in local schools all over the world within the Hour of Code global initiative. Its aim is to promote computer science among students worldwide. 100 million students from 180 countries have so far taken part in this event. 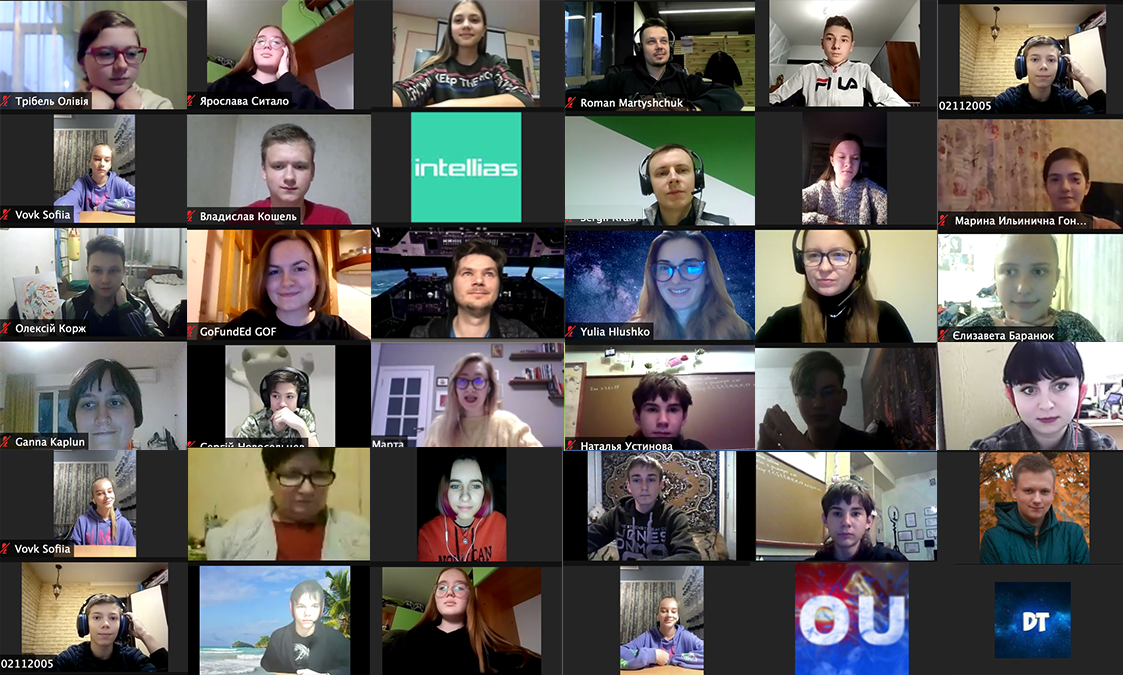 Almost 500 lessons were held in Ukrainian schools. The major demand was spotted in Lviv, where 502 classes registered for the event, and in Ivano-Frankivsk with 325 students willing to participate.
Intellias mentors traditionally joined the initiative in these cities. Moreover, Intellias organized its own educational event for students called Hour for Future.

“All the activities had to be held online because of the pandemic. We realized that it gives us a chance not to limit the format or the number of participants and visit schools in mid-sized cities, which have no IT offices or educational courses, and offer little opportunities”, says Oleksandra Chuchko, SCR specialist at Intellias.

For one hour 8 Intellias specialists told students about the whole process of development and the role that different professions play in it. Almost 100 students from 11 regions of Ukraine joined the event.
Hour for Future was organized by Intellias in partnership with the Center for innovative education “Pro.Svit” and crowdfunding platform “GoFundEd”.

Intellias is one of the biggest IT companies in Ukraine founded in Lviv in 2002. The company is based in Ukraine with engineering centers in Kyiv, Lviv, Odesa, Kharkiv and Ivano-Frankivsk, a delivery center in Poland and representative offices in Germany, USA, and Saudi Arabia. The number of all Intellias employees exceeds 1500.

In 2018 Intellias was recognized by Inc. 5000 as one of the fastest-growing privately held companies in Europe. Also, Intellias got backing from Horizon Capital, the biggest private equity fund in Ukraine, to broaden its delivery footprint and increase service capabilities with new delivery centers in Central and Eastern Europe. For many consecutive years, Intellias has been recognized as one of the best IT employers of the year according to dou.ua. In 2018 the company has been named a “Bicycle-Friendly Employer of the Year”.